SEATTLE – 11 April 2017 – A new study reveals a potential USD 9.8 billion growth opportunity in online revenue through a routine update to Internet systems, including those for speakers of languages that do not use the English script.

Universal Acceptance is a foundational requirement for a truly multilingual Internet, one in which users around the world can navigate entirely in local languages. It is also the key to unlocking the potential of new generic top-level domains (gTLDs) to foster competition, consumer choice and innovation in the domain name industry.

The Domain Name System (DNS) has expanded dramatically and now includes more than 1,200 gTLDs. Many of those top-level domains are longer than the legacy three-character domain name (e.g. .com, .edu and .org) or are in non-Latin based scripts (such as Chinese, Arabic or Cyrillic).

People can now choose a domain name that best reflects their sense of identity and language, although many online systems do not recognize these domain names as valid. For example, problems may arise when a user enters a domain name or related email address into an online form on a website and it is rejected. When this happens, it not only frustrates the user and reduces the opportunities for the organization to win a new customer, but it also lessens the cultural, social and economic benefits made possible by the Internet.

“To excel in the long run, organizations should seize the opportunity – and responsibility – to ensure that their systems work with the common infrastructure of the Internet – the domain name system,” said Ram Mohan, Chair of UASG. “Universal Acceptance unlocks a significant economic opportunity and provides a gateway to the next billion Internet users by ensuring a consistent and positive experience for Internet users globally. Additionally, governments and NGOs will be better able to serve their citizens and constituencies if they adopt Universal Acceptance.”

The newly released, independent research conservatively estimates that support for Internationalized Domain Names (IDNs, which allow domain names in all of the world’s languages) could bring 17 million new users online. These include users whose lack of local language services was previously a barrier to a complete online experience.

The report’s estimate is based on the examination of just five major languages and language groups that would benefit from IDNs because they use non-Latin scripts (Russian, Chinese, Arabic, Vietnamese and Indic language groups) and the proportion of non-Internet users for whom a lack of local language services is a barrier. The research shows that online spending from these new IDN users could start at USD 6.2 billion per year.

In addition, the report shows the potential increased revenues from existing gTLD users. According to one study, 13 percent of websites reject new domain names with more than three letters – when a simple update of these websites (effectively a “bug fix”) could increase online revenues by USD 3.6 billion per year as a result of Universal Acceptance. Combined, there is a potential USD 9.8 billion annual opportunity stemming from software systems working in harmony with the common Internet infrastructure. This is also a conservative metric as this figure does not take into account potential future growth in e-commerce spend, or in the registrations of new domains.

“Our analysis shows that the main impediment to Universal Acceptance is a lack of awareness of the issue, rather than any technical challenges,” said Andrew Kloeden, Principal at Analysys Mason. “This is not a heavy lift. The efforts required by software and application owners to implement UA are not particularly onerous; in fact most companies treat UA issues simply as ‘bug fixes.’”

Organizations worldwide have made significant progress toward Universal Acceptance, although there is still more work to be done. Case studies in the report show that many large global companies – such as Adobe, Verizon, Wells Fargo and Twitter, among others – have made needed changes to make their customer-facing systems UA-ready. However, the process is not complete, and many applications still do not accept the new domains. Universal Acceptance has progressed less for IDNs than for gTLDs.

To learn more and view the report in full, please visit https://uasg.tech/whitepaper.

The Universal Acceptance Steering Group is an Internet community initiative that was founded in February 2015 and tasked with undertaking activities that will effectively promote the Universal Acceptance of all valid domain names and email addresses. The group is made up of members from more than 120 companies (including Apple, GoDaddy, Google, Microsoft and Verisign), governments and community groups. The UASG receives significant financial and administrative support from ICANN. For more information, visit https://uasg.tech/.

ICANN’s mission is to help ensure a stable, secure and unified global Internet. To reach another person on the Internet, you need to type an address into your computer or other device – a name or a number. That address must be unique so computers know where to find each other. ICANN helps coordinate and support these unique identifiers across the world. ICANN was formed in 1998 as a not-for-profit public-benefit corporation and a community with participants from all over the world.

Analysys Mason’s expertise in the three key areas of telecoms, media and technology (TMT) underpins everything we do and helps change clients’ businesses for the better. We have been a global specialist adviser in TMT for more than 30 years and since 1985, Analysys Mason has played an influential role in key industry milestones and helping clients through major shifts in the market. We continue to be at the forefront of developments in the digital economy and are advising clients on new business strategies to address disruptive technologies. 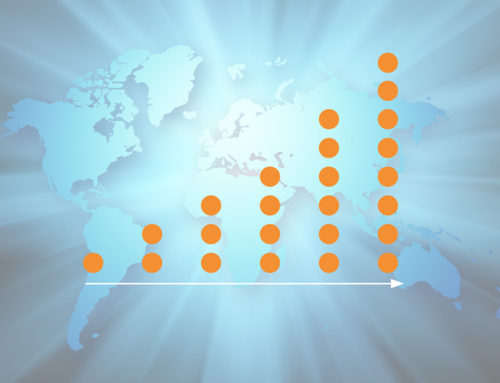